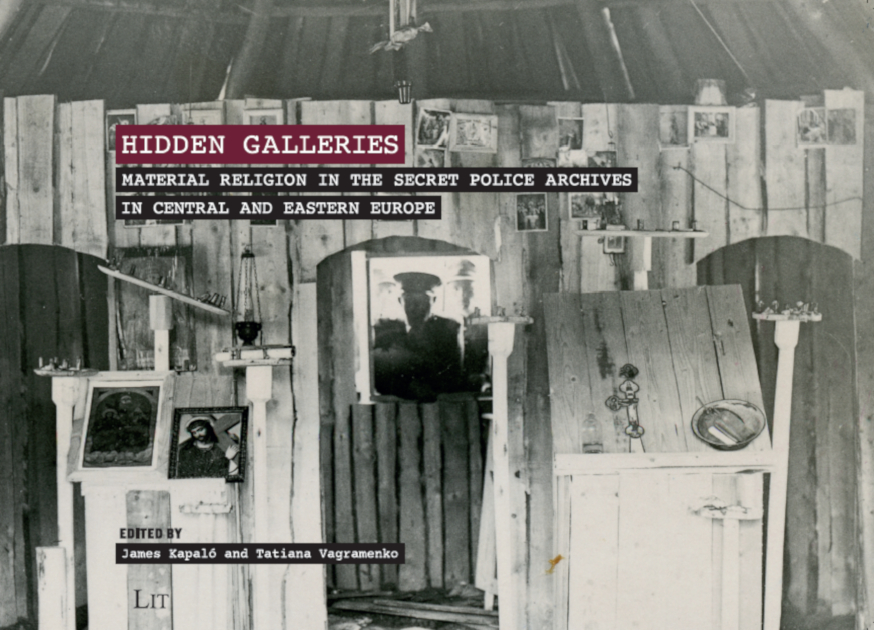 In a series of richly illustrated short essays, Hidden Galleries presents the ways in which the secret police of the communist-era and before collected and curated material religious images and objects in their archives. Based on painstaking documentation by a team of eight historians, anthropologists and scholars of religion in archives in Hungary, Romania, Ukraine and Moldova, this volume offers a rare window on the creativity of underground religious life, and its ideological representation as well as exploring the significance for religious communities and wider society today of this legacy of repression and surveillance.

“The history of anti-religious repression in the USSR and the Eastern Bloc is well known, but this remarkable collection based on revelations from secret police archives offers a stunningly new view of how the repression unfolded. It’s a story of state power and anti-state resistance but also of collaboration, intrigue, and counterintuitive twists and turns, including believers’ enigma codes and religious tracts composed by the KGB. The short scholarly entries provide rich context on individual cases, and the images are haunting. Anyone interested in the history of religion should read this book.”